You might remember a while ago,I posted reviews of books I hesitantly dubbed ‘Unrateables’. Books which I can see others loving, books I know exactly who I’d recommend them to in work, books where I can see loads of positives and talent and things that work well…but ones which I didn’t really love on a personal level.

I probably need to find a better name for them, as it sounds a bit negative, a bit of a back handed compliment, a bit ‘they’re OK for you but not me’. And it couldn’t be further from the truth – these are books which I’m impressed by, enjoy and appreciate but just don’t give me that soaring feeling inside that a book which really grabs you and speaks just to you does. But that’s quite a mouthful for a snappy name, so any better ideas for what else to dub them – answers on a postcard please!

Until then, in an entirely complimentary way, I have two (or strictly speaking four) more ‘Unrateables’ to review today.

I’d heard nothing but glowing praise for this series from bloggers and the twitter-sphere alike. It’s easy to see why – it’s a compelling and enjoyable read that would be a great introduction to MG.

The series takes us along on Arianwyn’s journey from apprentice to fully qualified witch. And as she progresses and settles into her role as Lull’s town witch, we see the spread of Hex – a dark magic – and come to realise that it’s spread may not be entirely unaided.

Arianwyn is the best sort of main character – courageous, loyal and committed with enough self-doubt and honest mistakes to do to make you really believe in her.

For the most part too, her ‘supporting cast’ are equally likeable. Salle is probably my favourite character in the books and is the best sort of friend. Her parents and the inn they run have a Weasley-like feel and both Arianwyn’s supervisor, Miss Delafour, and the Mayor feel like just the right characters for their respective jobs.

Gimma is a great ‘rival’ for want of a better word. I liked the way her character developed over the series without giving in too much to cliche or happy endings.

The villain of the piece has the requisite wickedness and is suitably cold and powerful. While it’s easy to see who it will turn out to be as an adult reader, there’s a great feeling of ‘mistrust and suspicion created as well as a build up of tension and danger.

I really liked the unique way the magic was controlled through glyphs, and having a glossary of them was a nice touch. Likewise with the various magical creatures and demons. This is a world, and a system, which has been created with a thorough, but also thoroughly inventive, hand.

There were certain things which really captured my imagination – the Spellorium in particular felt so inviting and I could picture it so vividly. And the Yule celebrations felt so atmospheric – wintry, festive and traditional.

This is a great series for slightly younger MG readers, or for those just starting to move from. Early chapter books to longer books or series. It has magic, danger and humour, friendship, loyalty and charm.

The Umbrella Mouse by Anna Fargher, illustrated by Sam Usher

I’ll be honest, this is a great book. It’s Unrateable status is a real case of “it’s not you, it’s me”. I went into this not having properly read the blurb and expecting something very different.

I’m not sure what I was expecting – more people maybe? more of the umbrella shop? a different sort of journey? I don’t know. I’d seen a lot of comparisons to books like Goodnight Mister Tom, Carrie’s War and When Hitler Stole Pink Rabbit and, in my opinion, save for being set during the war, it’s nothing like these books.

It was a lot more animal-y than I’d expected. If you have read the blurb or heard of this book by now you’ll know how ridiculous this is.

I’m not a very animal-y person, in real life or in my bookish life. But I know lots of people are and I can see the appeal of animals in stories. Especially so when they highlight the importance of animals in a certain way, our reliance on them or their skills and abilities, because animals are amazing. I just like them to amaze at a distance.

The Umbrella Mouse is set in WW2 and follow a young mouse, Pip, as she tries to return her family’s umbrella-home to its original home in Italy amidst the fighting. She is soon caught up with a secret, underground animal resistance group and one of their dangerous missions.

Other authors, notably Michael Morpurgo and Megan Rix but others too, have told many stories of the horses, dogs, pigeons etc that played a really vital role in wars. But what’s clever about The Umbrella Mouse is the way it highlights this but through a story that takes it one step further and makes it at the same time imaginary and real. No easy thing to do. Here, the animals aren’t working for us, they’re working alongside us with their own secret agents, codes, messages, missions and enemies.

As a resistance group, Noah’s Ark are a wonderfully motley crew. From hedgehogs (Madame Fourcade is great) to pigeons to eagles and stags, everyone plays a part. I liked the mix of characters and voices in the group, and the themes of loyalty, suspicion, trust and teamwork it explored.

We first meet Pip at home in her umbrella, inside the window of James Smith and Sons’ umbrella shop. I loved this first chapter, it reminded me of the Borrowers (likewise the headquarters of Churchill’s Secret Army) and I could easily have spent the whole book here. But then I suppose the action would have been limited.

And this book has plenty of action. There is tension built and suspense created. There are scenes of confusion, shock and fear, of danger, urgency and courage. There is conflict, double-crossing and grit, and beneath it, behind it and running through it, so much emotion. The way Anna Fargher captures all this is fantastic and will stay with you. Personally, I’m still on the Thames with Pip in her umbrella.

The way the animals’ missions cross paths with the humans is clever and a nice way of reiterating the bigger picture whilst we’re focused on the details of the animal resistance.

Sam Usher’s illustrations work really well with the text too, there’s an inky, scratchy, Quentin Blake-esque looseness to them and they encapsulate the different personalities and characters.

This is a story of the futility, loss and damage of war, and one of finding new strength and the importance of friendship and loyalty.

With spies, secrets and an incredibly dramatic and daring finale, this is a brilliant war adventure…for animal lovers.

WWW Wednesday is hosted by ‘Taking on a World of Words’ every Wednesday’:

What are you currently reading?

The Apprentice Witch by James Nicol

I mentioned last week how I’d chosen to read the e-book of this (from the library) on my phone so I can read in bed without waking Peapod!

It’s been a perfect choice for these overnight reading and feeding sessions. It’s fairly short (I should finish it in the next couple of nights, if not overnight tonight) and an easy read that maybe won’t be in any of my ‘Top….’ lists but is nevertheless very, very enjoyable. 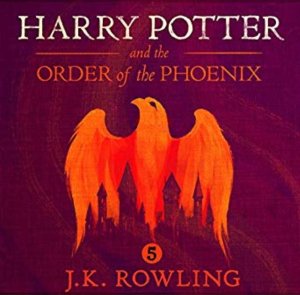 Harry Potter and the Order of the Phoenix by J K Rowling, read by Stephen Fry.

I’m still really enjoying the Harry Potter audiobooks and this is one of my favourite books in the series. Mostly because it makes me so angry (Dolores Umbridge especially, but Cornelius Fudge and Percy Weasley, I am also looking at you!) but also because of The Order itself which is filled with some of the best people. (How under-rated is Lupin in the series?!) 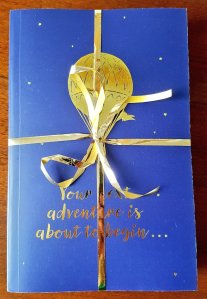 I feel so lucky to have been sent a proof of this, I have been looking forward to it for ages having read her books and, though I’m only a chapter in, it is well and truly living up to expectations! Magical!

I’ve got the proof version, but the real cover (designed by Carrie May and Jenny Richards) was revealed on twitter last week and it’s stunning. I’m a big fan of a map in a book and this has that feel on the cover.

As an Abi Elphinstone aside, I found out this week that she has a picture book coming out in late October too! How flipping exciting!

What have you just finished reading?

I don’t even know where to begin trying to talk about this book! It was fantastic, in both senses of the word. I’ll be reviewing it (as best I can!) this week or next, in the meantime I’ll leave you with the knowledge that it was excellent but with the advisory note to redd it in big chunks if you csn – it’s much easier to follow than if you’re only managing little snippets at a time!

What are you planning on reading next?

I’ll definitely be continuing with Harry Potter on audio. I’ll be starting Half Blood Prince this week.

I’m going to read the next Apprentice Witch book – A Witch Alone – as an overnight ebook too!

It’ll be a while before I finish Rumblestar, so I don’t know what physical book will be next. I have an absolute stack to get through! Scavengers by Darren Simpson and the final installment in Alice Broadway’s Ink Trilogy, Scar, are both hig on the list though.

Having finished Gingerbread, I’d also really like to find time (hahaha, I know!) to read some of the adult fiction titles sat patiently waiting on my shelf too, but I have no idea yet how I’ll manage this!

Have you read any of these?

What are you reading at the moment?